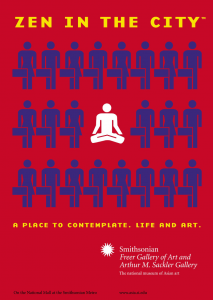 After a stint as a d.j. on the ssRotterdam, then ssStatendam, then ss Volendam and becoming an assistant to the cruise director, I moved to New York. There I landed a dream job working for Cheryl Dolby, a highly motivated and extremely successful press representative who ran the theatrical press agency, Merlin Group, LTD. Other than assignments in Journalism and Communications at the University of Florida, it was here I wrote my first news releases, helped with media relations and coordinated promotional events.

But, alas, New York City had its quirks and hurdles.  And when my car was stolen, a friend was mugged in an elevator, and my significant other wasn’t enjoying his career ( as a dancer, choreographer and actor) but instead working odd jobs, he called an old friend, Jimmy Hoskins, who was working at the Asolo Performing Arts Center , (Asolo Rep), a prestigious organization in Sarasota, FL and Jimmy said “come on down.” We packed the moving van, along with our six month old Brittany, Maggie, and off we went.

Utilizing what I learned at the Merlin Group,  at the ad agency I joined after my radio job, I created a public relations department so we could offer clients a “value add” along with the advertising budgets. The concept of public relations as the “brand” or corporate image was something most only thought large corporations could do. Most clients thought (and many still do) that public relations means “news releases” and nothing more. This is when I began building successful image campaigns for companies working with organizations such as Mote Marine, Sarasota AIDS Support, Snooty the Manatee, Sarasota Ballet, Suncoast OnShore Grand Prix (later to become the Offshore Grand Prix), License to Bash.

It was a different time then. You could actually pick up the phone and contact a columnist or send something for possible pick up in the newspaper. And you could time it with your paid advertising campaign because often you’d know when the article was going to run. No really.

Integrated messaging is not new.

I always felt integrated messaging – that is, messaging where you leverage

My career became a hybrid of advertising and public relations. Today, I read a lot about how this is a “new” thing. Well, I created my first “integrated campaign” in 1988. Some of the tactics  may be new, but the strategy’s been around awhile. Even before I discovered it.😎

So many marketing professionals still seem to think that Public Relations is simply news releases or an element of a marketing strategy. It isn’t. Advertising should be an element of an overreaching and overall campaign that manages and promotes the image and brand. It’s all public relations.